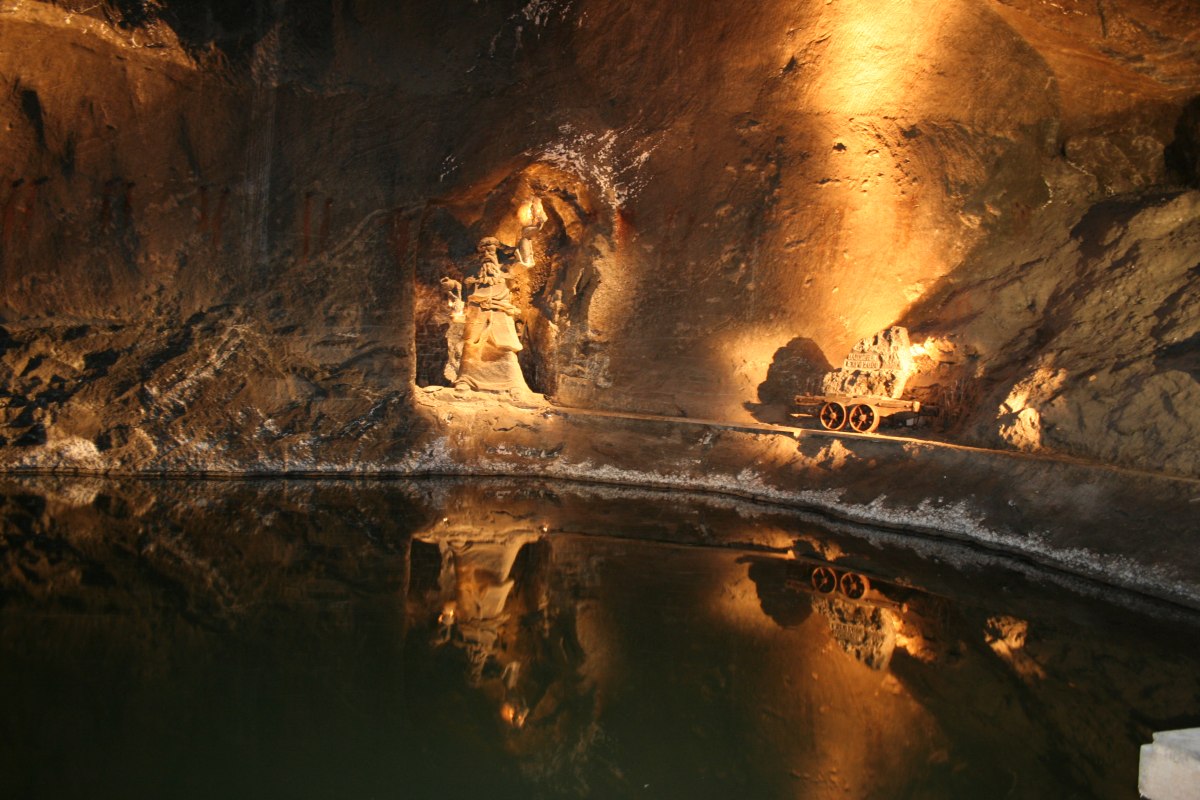 Nature has bestowed Poland generously with natural resources and is a country rich in minerals. It is among the world’s biggest producers of hard and brown coal, copper, zinc, lead, sulphur, rock salt and construction minerals.

In the Middle Ages mining rock salt in Bochnia and Wieliczka near Cracow was an important industry. The mines were royal property and under the Piasts and Jagiellons provided one-third of the state’s income. Salt money was spent on maintaining the royal court, castles that protected trade routes, the army and the Cracow Academy (today’s Jagiellonian University) founded in 1364 by King Casimir the Great. That period also saw the emergence of the miner as a distinct occupation. In the 14th-century capital, companies appeared in Poland to mine precious metals on a royal charter. This was the main branch of mining until the 17th century.

In the mid-18th-century coal mining became prominent. The Silesian coalfields grew into major industrial regions. In east Galicia oil mining developed a bit later. In 1919 a mining academy was established in Cracow with the aim of educating new engineers. Poland’s reserves of hard coal are estimated at 45.4 billion tons. With the annual production of 102 million tons (in 2000), they will suffice to meet the country’s demand for almost 500 years, that is twice as long as the world’s average. In fact, they will suffice for much longer as coal is being replaced in Polish economy with environment-friendly natural gas. For this reason, by 2020 the production of hard coal will be reduced to some 82 million tons a year, and by 2050 to about 40 million tons. Poland has three major Upper Carboniferous coalfields, with 130 deposits of which 47 are currently exploited, their documented resources estimated at 16.6 billion tons.
Hard coal is also found in the Lublin Upland’s Bogdanka coalfield. There is only one mine here, called Bogdanka, but it is the most modern and profitable coal mine in the country. Hard-coal deposits also exist in Lower Silesia, notably in the Walbrzych and Kamienna Gora area, but they are difficult to exploit and production is unprofitable, so all the local mines were closed down by 2000.
Second to hard coal among Poland’s most important fuels is lignite (brown coal). Its reserves are estimated at nearly 14 billion tons. The opencast deposits are located in eight regions, mainly in central Poland (coalfields at Konin, Belchatow and in Wielkopolska) and in its western part (at Turoszow on the Polish side of the Lusatian Neisse).

Copper is extracted from sulphide ores found in Zechstein deposits, Europe’s biggest and some of the biggest in the world. The deposits are located in two Lower Silesia geological units: the North Sudetian Basin and the Sudetian Monocline. The latter also contains many other metals including silver, gold, lead, selenium and nickel, all of which are mined.

The resources are estimated at 2.5 billion tons of ore, including 49 million tons of metallic copper. In 1998 the resources grew by 14% when the Glogow Gleboki deposit, situated at more than 1400m underground, was discovered. The resources of the already exploited deposits – Lubin, Polkowice, Rudna and Sieroszowice – are 1.5 billion tons of ore, including some 30 million tons of metallic copper.
Poland’s mining and mineral-processing industry was extensive and appeared well positioned to respond to the country’s rising needs for all forms of raw materials, especially those consumed by the construction sector. A major trend in Poland’s nonferrous metals sector was the denationalization program that encompassed the aluminium, copper, and zinc industries. The acquisition of former German territories in 1945 enriched Poland with hard coal and, to a lesser extent, zinc and lead. Iron ore was found around Czestochowa, in south-central Poland, but in deposits of low metal content. Uranium deposits occurred in Lower Silesia.
Wroclaw is located centrally to important mining areas of coal mining in the Silesian Basin (abt. 170km), the big copper mines of KGHM (abt. 100km) and the western lignite deposits in Turoszow close to the border to Germany.

Wroclaw is a seat of KGHM Cuprum, the innovation and research centre of KGHM and it also hosts a big mining faculty at the Wroclaw University of Science and Technology. In addition, Wroclaw now is Eastern European Co-location centre of the European Union’s EIT Raw Materials initiative. EIT Raw Materials has the ambitious vision of turning the challenge of raw materials dependence into a strategic strength for united Europe. Its mission is to boost the competitiveness, growth and attractiveness of the European raw materials sector via radical innovation and entrepreneurship.

This underlines Wroclaw is the perfect place to host the APCOM in 2019 also from the mining industrial interest and innovations point of view.