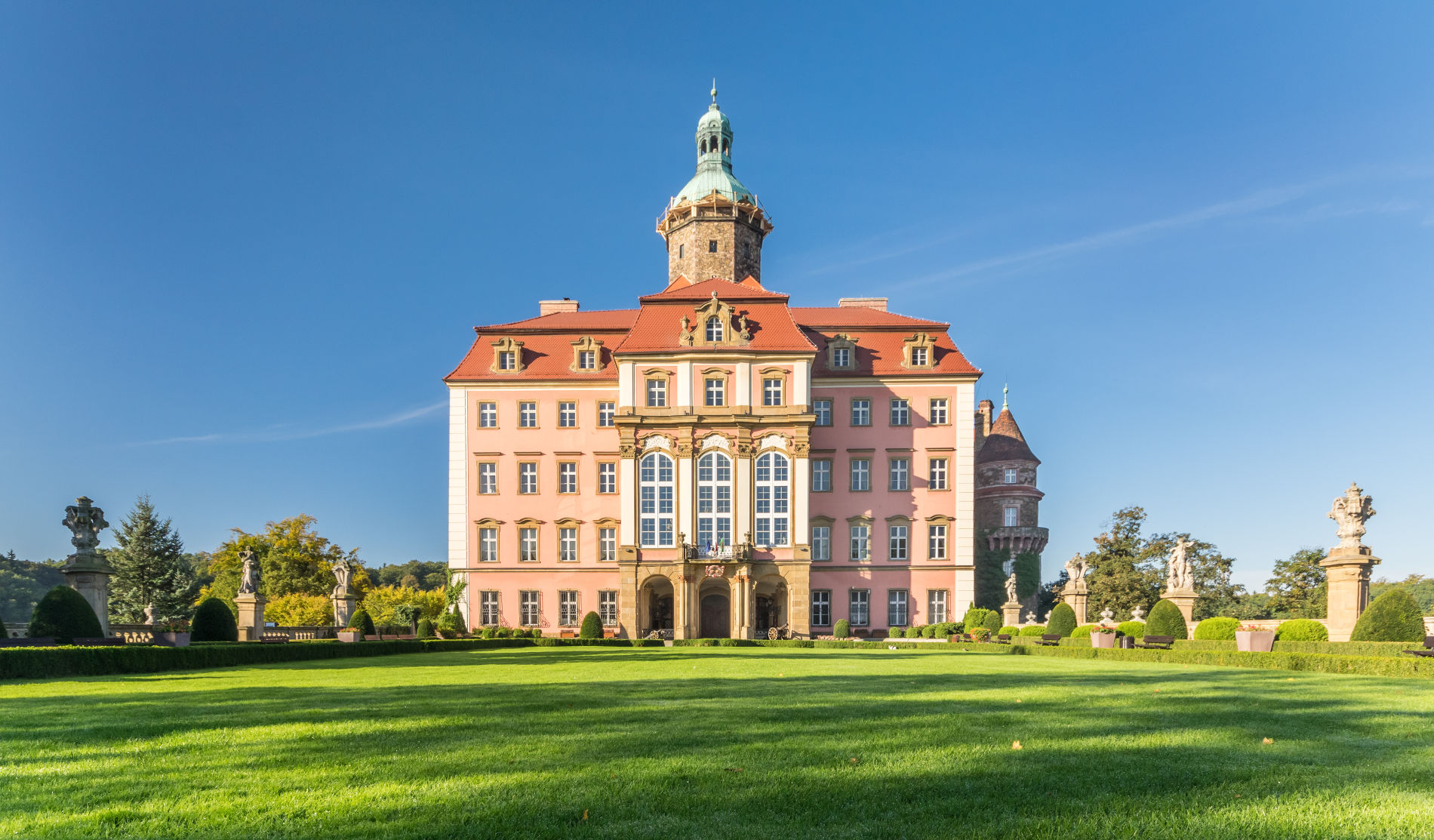 A day trip through Lower Silesia will be held on the 5’th of June.

Pearls of Lower Silesia – description of the trip,

Lower Silesia is a fascinating region. Its turbulent past, interesting culture and amazing beautiful landscapes make it one of the most visited regions in Poland. A unique place for a perfect day trip that offers a lot to explore. During the trip you will visit the following objects:

The Church of Peace in Świdnica – one of the largest half-timbered religious buildings in Europe, they were created in former Silesia in the mid-17th century, among religious conflicts. Places it testifies to the pursuit of religious freedom and are a rare expression of the Lutheran ideology, connected with the Catholic Church. Placed outside the city walls, made of wood or clay and built in less than a year, it is currently on the World list UNESCO Cultural Heritage. (sightseeing with audio guide)

Książ Castle – the third largest castle in Poland is located on a majestic site rocky cliff on the banks of the Pełcznica River. Beautifully surrounded by forest at an altitude of 395m npm the castle is often called the Pearl of Lower Silesia. Such a position corresponding the size of the building is very rare in Europe. In 1943, a paramilitary organization Hitler joined the castle and began constructing one of Hitler’s main headquarters. (depending on the chosen language, visiting with audio guide (ANG) or with a guide (PL))

The Osówka * complex is part of an impressive construction project led by Hitler’s Germany between 1943-1945 (codename Riese). Mysterious structures called “Underground City” are still waiting to reveal their secrets … Discover with us the main, largest and most complicated Hitler’s quarters in Lower Silesia. (depending on the language chosen, visiting with an audio guide (ANG) or with a guide (PL))