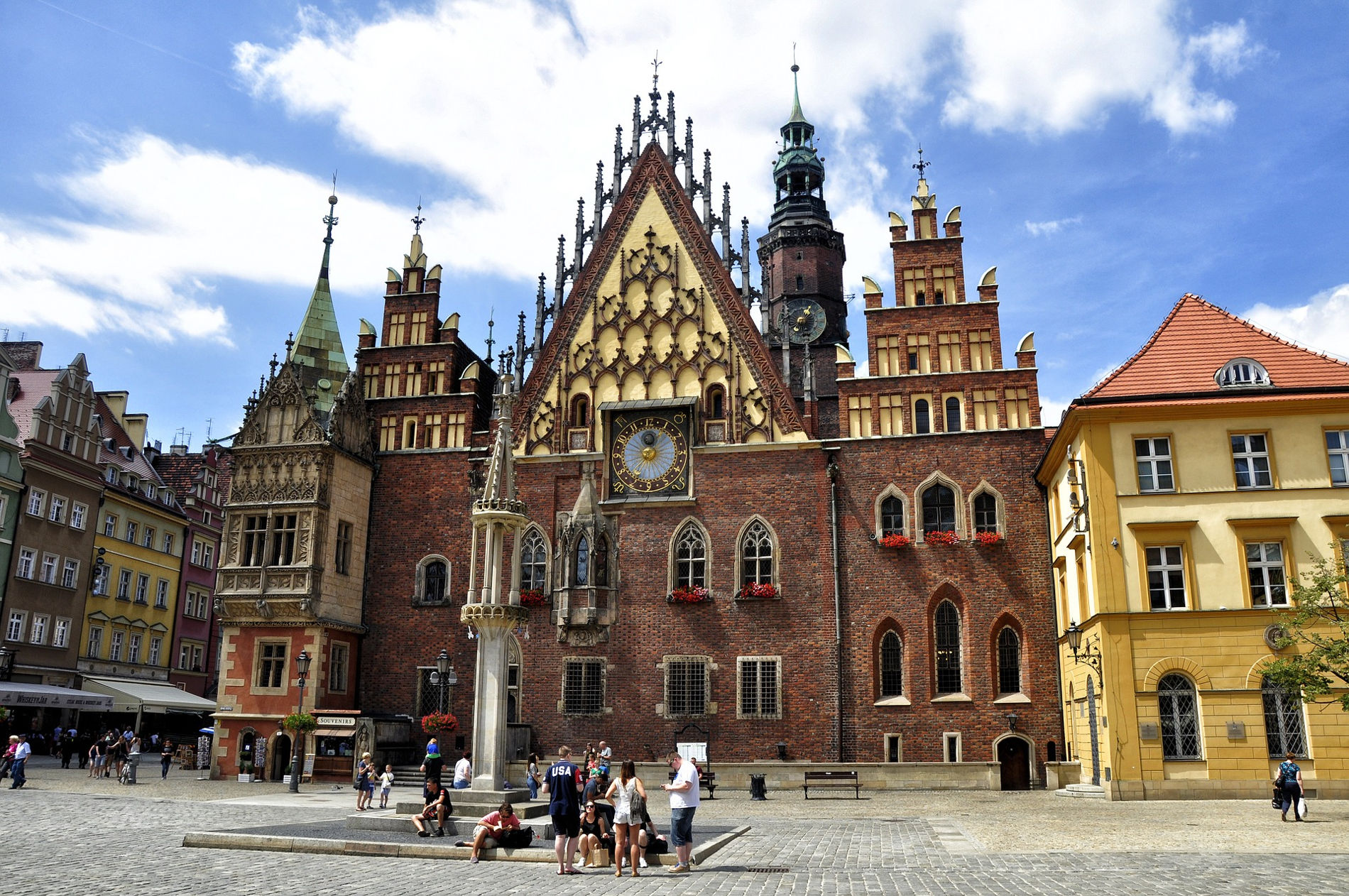 Welcome to Wroclaw
Poland is the biggest mining country in the European Union hosting raw materials such as hard coal, lignite, copper, gold and silver as the main resources which are produced in both surface mining and mainly in underground operations. Today, the Polish company KGHM is one of the world’s biggest producers of copper. Poland hosts the biggest mining communities in Europe consisting of mining companies, a big mining supplier industry and academia. Wroclaw is located in the heart of the Polish mining district with big underground copper deposits nearby and the Silesian Coal basin about 200 km to the South.

As a former Eastern European Country governed by a communistic regime since World War II, Poland since the beginning of the 1990’s converted to a modern Western-style society. Since 2004, Poland is a member of the European Union and currently one of the EU countries with the highest economic growth.

Due to its location at the historic border of German, Czech and Polish cultures, Wroclaw always has been an open-minded city. For nearly 1000 years, the town was Polish, Czech, Austrian or German until the population after World War 2 was completely exchanged with the Germans deported to the West and people from Eastern Poland and other regions deported to Wroclaw and Lower Silesia. This fact now mixed Polish traditions with the immobile German cultural heritage which makes Wroclaw a place of traditions mixed with unique internationality. Therefore there are tremendous possibilities in town for social events and touristic by-programs.
Wroclaw was one of the host cities of the European football championship 2012, in 2017 hosted World Games and was called European Capital of Culture 2016.

Mining faculties and dedicated research institutes form a big academic background in the Polish mining society. Wroclaw University of Technology (Politechnika Wrocławska) is one of the biggest and best technical universities in Poland also covering a Mining Faculty which will play an active role in the organization and performance of the APCOM 2019.

Last, not least it is time that APCOM returns to Europe: the last – only regional – APCOM was hosted in Europe in 2001 in Tampere / Finland.
We hereby cordially invite the global mining community to join up for a great APCOM 2019 in Wroclaw – the meeting place.

Bellow, you can find links to more information about the hosting place.